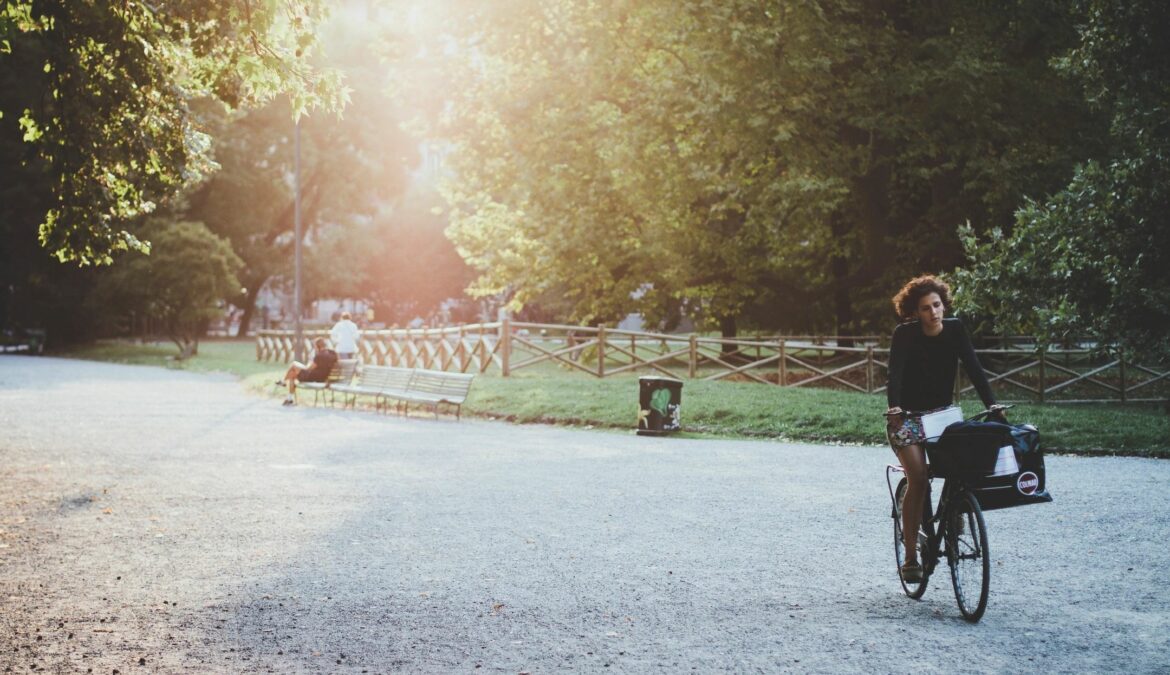 Gresham’s competitive edge has always been our children and families, and we have worked very hard in recent years to deliver the amenities and services our families deserve. We are experiencing a renaissance in our schools, with improving graduation rates, and the largest rebuilding and school improvement boom in many years, thanks to the voter approval of school bonds.

Our focus on children and families has also resulted in the largest expansion of parks assets in Gresham’s history. Hogan Butte Nature Park immediately became a crown-jewel in Gresham’s parks system, and we were able to work with Gresham residents to deliver the Nadaka Nature Park, the Children’s Fountain at the Arts Plaza, the Gradin Sports Park, Tsuru Island, and new futsal courts across the City.

We created a Youth Advisory Council to bring voices from all of Gresham’s high schools into the City’s decision-making process, and held Gresham’s first ever Youth Summit to hear directly from young people about the issues important to them. Gresham has been on the forefront of youth involvement on the national level as well. I was recently honored to be appointed as the Chair of the National Youth Involvement Task Force with the US Conference of Mayors, to help amplify youth voices across the Country.

In the coming years, I am committed to doing everything possible to deliver the remaining playing fields and complete the community’s vision at Gradin Sports Park, create new, place-making playground equipment in Gresham’s parks, and begin planning and development of some of our long-neglected and undeveloped neighborhood parks as well.

The last few years also brought an unprecedented expansion in partner agencies coming to Gresham to help focus on our youngest residents, with an eye on inclusive recreation and prevention. These include the Boys and Girls Club, Latino Network, POIC, Friends of the Children, and Family of Friends mentoring, which we set up in the Office of Governance and Management at City Hall. My wife Alix and I also launched the Gresham Reads program, which collects donated children’s books from Gresham families, and distributes them at area restaurants, so that Gresham’s youngest residents can focus on early childhood literacy while enjoying a meal with their family. If they like the book, they are invited to take it home with them afterword. 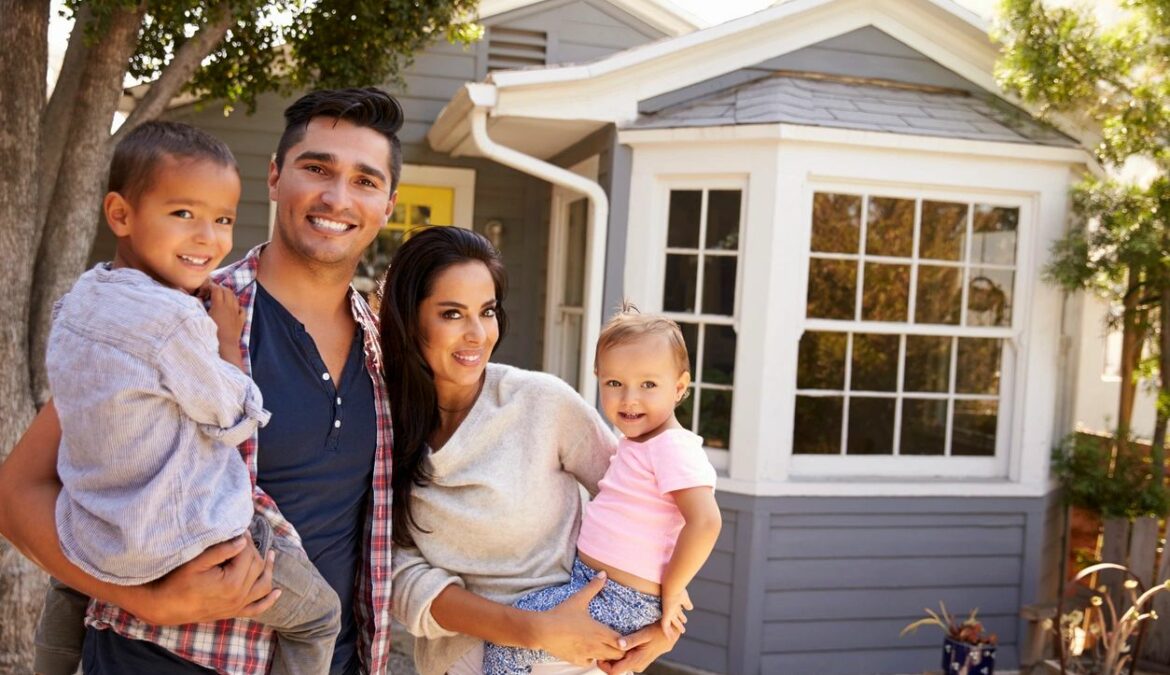 Since my first day in office, public safety has been a paramount concern for me. That’s why I fought for gang funding from the State of Oregon, which allowed for the creation of the East Metro Gang Enforcement Team (EMGET).  This team does incredible work disrupting gangs and investigating violent crime. That is why Gresham’s 94 percent homicide solve rate is 30% higher than the national average of 64 percent.

In recent years, our public safety focus has resulted in the creation of the Neighborhood Enforcement Team, a cross-departmental group of police and code enforcement officers that focuses exclusively on issues like drug dealing, zombie houses, neighborhood livability, and protecting parks, trails, and natural areas from illegal activity. We also launched a regular police patrol on the Springwater Trail and were able to hold the line and maintain it as a recreational asset, even when neighboring Portland completely abandoned their stretch of the alignment.

I will stop at nothing to garner state and federal resources for public safety, and ensure quick response times. I will also be pushing the State of Oregon to toughen its stolen vehicle statutes in the 2019 session, to ensure that we have the tools we need at the local level to protect your property and hold criminals accountable.

There is nothing worse than sitting in traffic on the way home from work, when all we want to do is be home with our families, or driving over the same pothole each morning on our way to work. That’s why we have made street maintenance and traffic high priorities, and, as your Mayor, I am firmly committed to seeing our maintenance plan through to completion.

We are well in to Gresham’s most ambition residential street maintenance and re-pavement program in the City’s history. In total, we will reconstruct 25 percent of Gresham’s residential streets, in addition to our regular arterial street maintenance work. This is the result of carefully prioritizing state and local transportation funding to ensure that it makes it into your neighborhoods, improving safety and livability.

Gresham is also served by light rail and bus lines, and expanding service in currently underserved areas of Gresham is a strong priority, in addition to ensuring that our transit infrastructure is safe and comfortable for its users.

In the coming years, we will continue to keep a close eye on renewal of residential streets, while also ensuring that our connections with I-84 flow smoothly, as well as our connections into Clackamas County. This means careful planning and development through Pleasant Valley, Jenne Road, and along Gresham’s entire southern border. 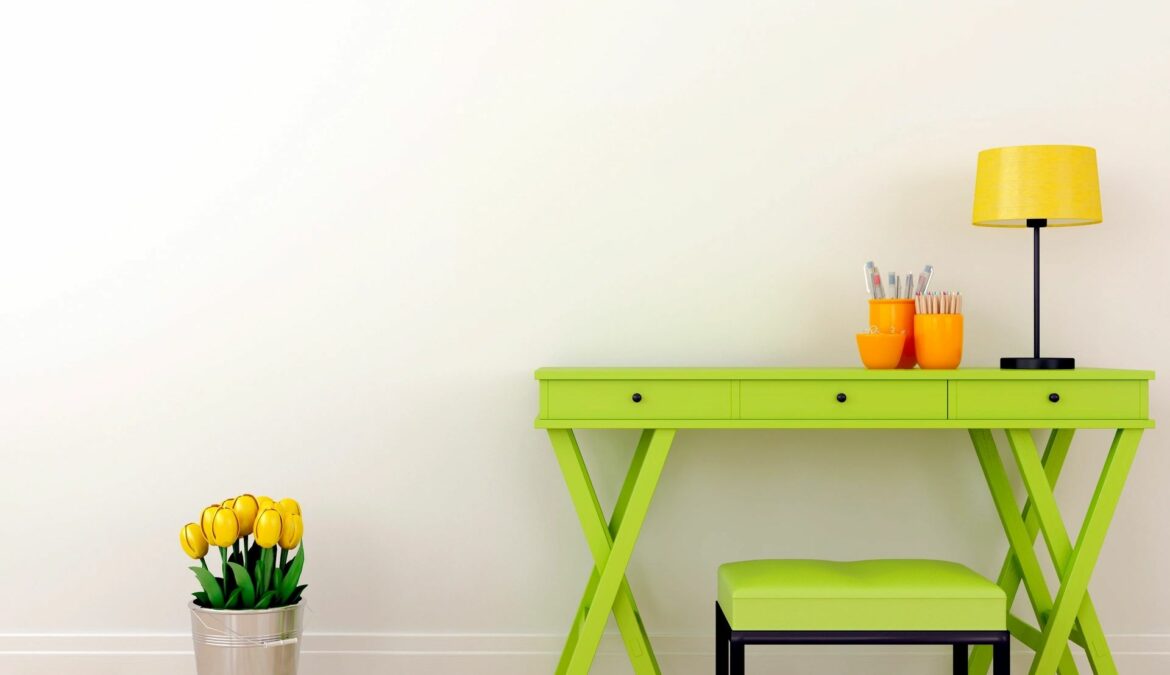 Our children and families cannot thrive without safe, stable housing. As housing prices have escalated in the Portland metropolitan region, Gresham has remained more affordable than most jurisdictions, but is often still too unaffordable for many families. With around 40,000 households moving to the region each year, and around 20,000 housing units being built each year, it is not difficult to see that the lack of housing supply is heavily impacting housing cost.

In Gresham, we have worked hard on the supply-side of this question. In the past three years, we’ve issued more residential building permits than we did in the prior six years combined.  Every side of the affordable housing issue acknowledges, in some way, that supply is a critical piece of the overall affordability conundrum.

We also launched an Affordable Housing Citizen Task Force, with balanced interests from every corner of the housing debate, and asked the Task Force to carefully explore the issue, analyze potential remedies, and deliver consensus recommendations to the City Council. I am eager to see the Task Force’s final report, and I will closely consider their consensus recommendations for implementation. 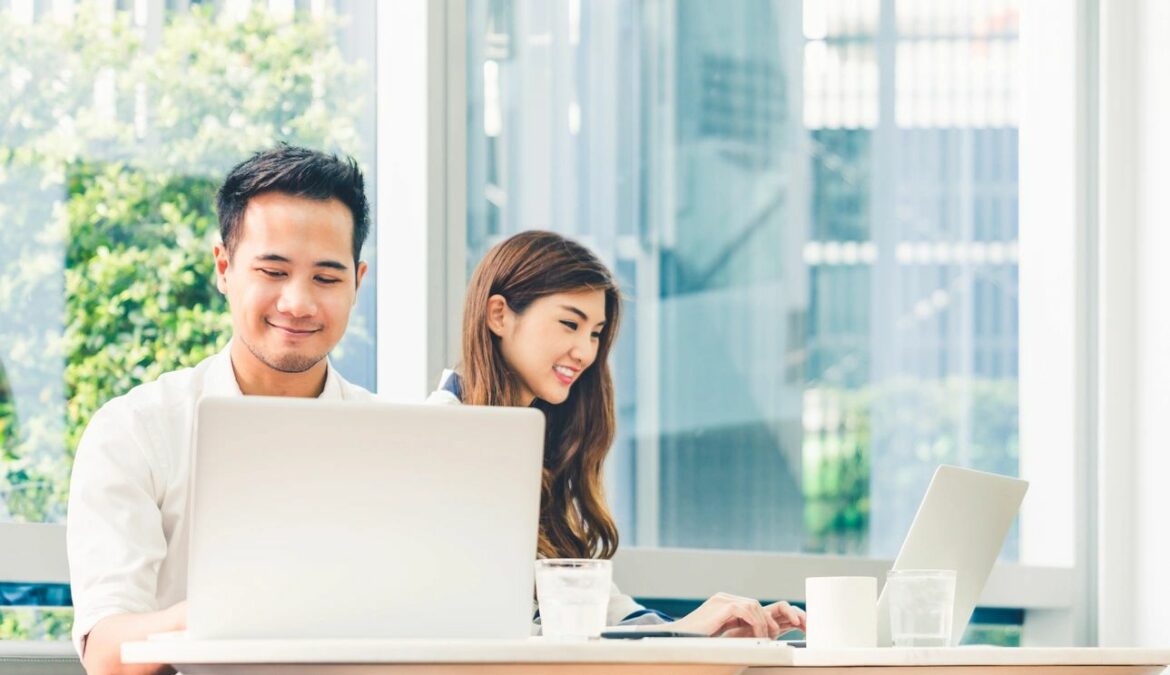 As Mayor, it has been critically important to me that all Gresham residents feel safe, welcome, and have an opportunity to thrive in our community. With one of the youngest and most diverse populations in the Portland metropolitan area, Gresham’s diversity is a huge strength, and we have worked extremely hard to ensure the greatest possible opportunity for all of our children and families. 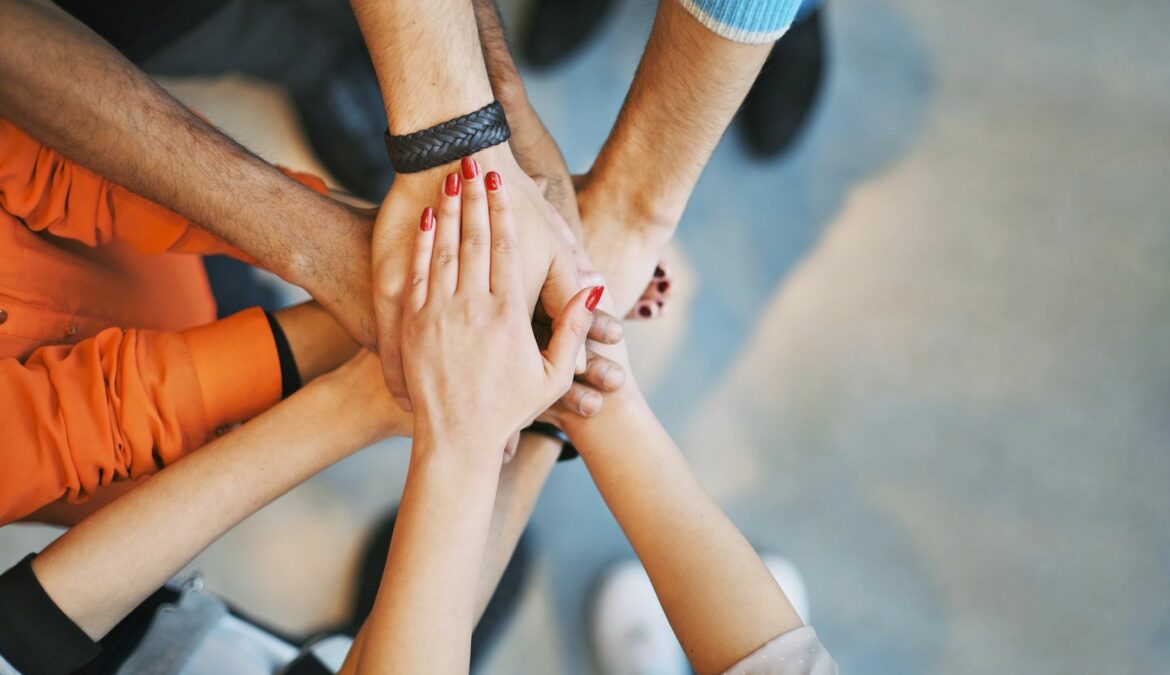 Homelessness is the biggest challenge in local government today. There are many causes, but chief among them is a national opiate and methamphetamine abuse epidemic. There are 4 million needles distributed each year at Multnomah County needle exchanges. That’s over five needles for each person in Multnomah County distributed each year.  Further, there are 3.2 million opiate prescriptions issued in Oregon each year. That is 92 opiate prescriptions for every 100 residents in the state.

Mental health issues are also strong contributing factors. Between 1955 and 2005, the State of Oregon reduced the number of public psychiatric hospital beds from nearly 300 per 100,000 residents to under 20 beds per 100,000 residents today.  That is a 93.3% decrease in public mental health investment. I will always fight to get our partners in the state and federal government to do their part on this issue as well. 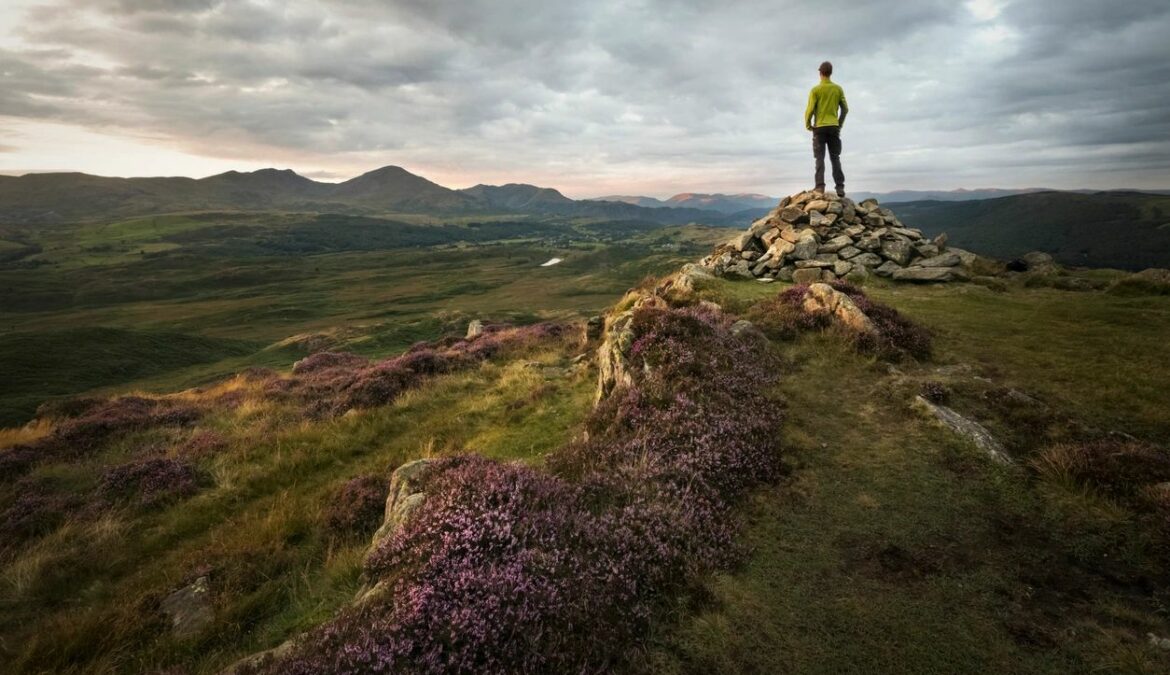 One of my first acts as Mayor was to sign on to the US Conference of Mayors Climate Protection Agreement. I knew that Gresham could make substantial progress on energy efficiency while also making our operations run more efficiently, saving our residents money.  That is exactly what we’ve done.

Breathing clean air, while streamlining our operations and saving money in energy costs, remains an obvious priority going forward. We will continue to work through the City’s sustainability plan to identify opportunities to do right by the environment while trimming the City’s energy consumption portfolio, which has excellent returns-on-investment in all the right shades of green. 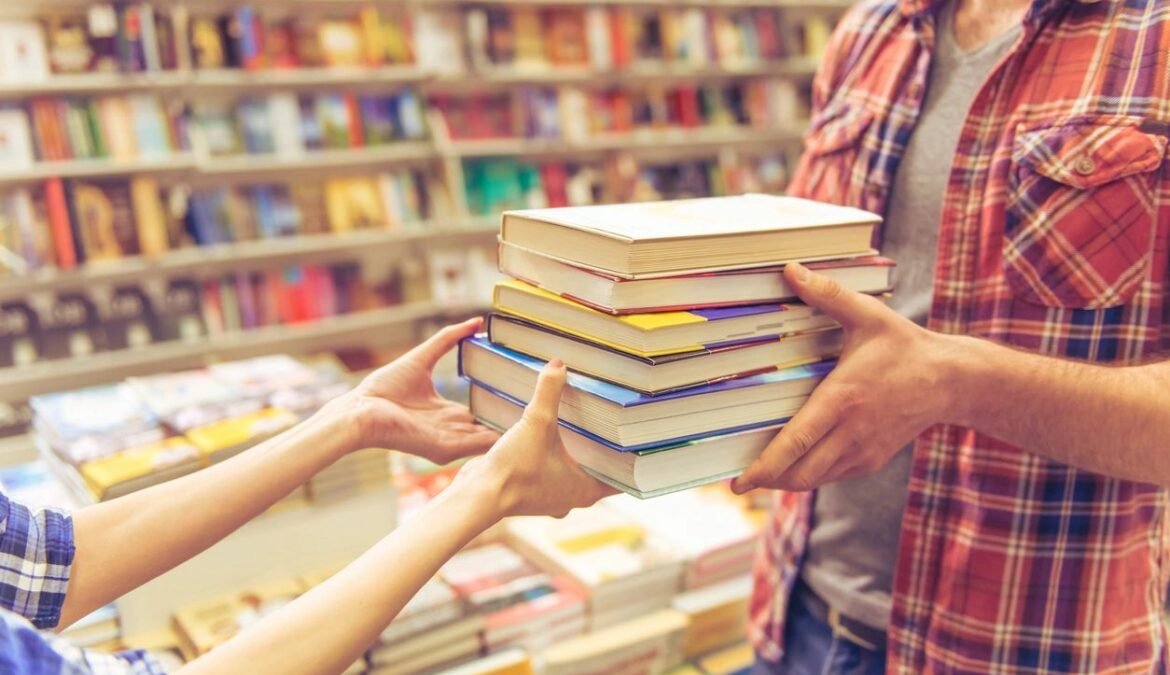 The best path out of poverty has always been a good job, and that is why we have worked very hard in Gresham to attract economic investment and quality jobs. The development at the Gresham Vista Industrial Site has been some of the largest-scale economic progress in the entire State and certainly in Gresham’s history. We are now home to global companies like DeBeers Diamonds, Subaru of America, and Medline, in addition to outstanding global employers like Boeing, ON Semiconductor, and Microchip Technology. Not only do these companies bring new jobs, but their investments in Gresham also help boost our tax base, providing resources for critical services like public safety.

Having lead Gresham through the nation’s Great Recession, I know first-hand that our entrepreneurial residents are the backbone of our local economy. Through our Garage to Storefront Program, we were able to clear the way for small businesses during the worst economic decline in our lifetimes. In total, we were able to attract 144 new or expanding small businesses to key commercial areas, filling over 225,000 square feet of previously vacant, blighted retail space.

We have more work to be done. The remaining build-out of Gresham Vista is one of my top priorities, and reinventing core civic areas like Gresham Station, the K-Mart, and Civic Neighborhood are all on the immediate forefront. And don’t worry, my fellow Gresham residents, I will not stop until I cut the ribbon in front of a Trader Joe’s in Gresham!